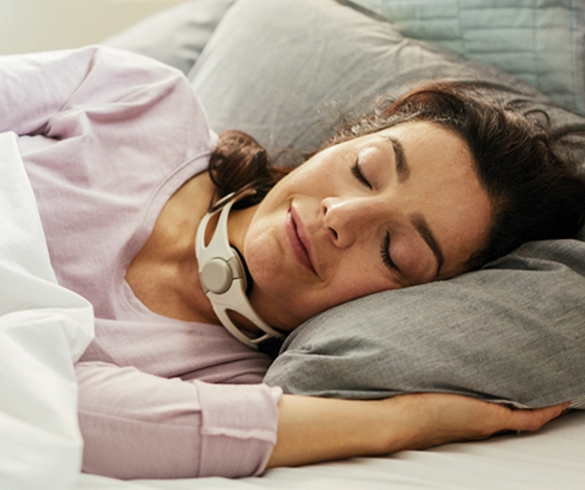 (Family Features) Like many with the condition, Kathy Bennett suffered for over a decade with a damaging, often-misdiagnosed disease — silent reflux. Also called laryngopharyngeal reflux disease (LPR), silent reflux is often confused with heartburn or gastroesophageal reflux disease (GERD), as well as the common cold and allergies, because of its puzzling symptoms. However, LPR is more severe than simple heartburn and can seriously damage the throat and voice box.

“It started as a cough, like a feeling of a lump in my throat, then I started to wake up hoarse,” Bennett said. “When you’re laying down, the acid can flow horizontally into your throat. For years, I never slept continuously through the night because of the pain, and that affects your entire life. You can’t do your job if you can’t sleep.”

What makes LPR unique is that a weakened sphincter in the upper esophagus allows stomach acid to move past the esophagus into the throat, voice box and lungs. In Bennett’s case, her condition was not effectively treated for 15 years, which led to painful damage to her throat tissue.

“After a few years, it felt like a blowtorch shooting up into my throat,” she said. “You can’t drink anything to make it go away. None of the heartburn medicines or home remedies for acid reflux ever helped.”

Many people take heartburn medicines, such as Prilosec (omeprazole) or Nexium (esomeprazole), to manage acid reflux symptoms, but there is little evidence that these medicines relieve LPR symptoms. Unlike GERD patients, most people with LPR have a healthy esophagus and may not experience heartburn, according to research published by the “International Archives of Otorhinolaryngology.” Studies also show that long-term use of these medicines may increase risk of stroke, bone fractures, heart attack and kidney damage.

“Taking over-the-counter heartburn medication for an extended period can potentially do serious harm to your body,” said Stacey L. Silvers, M.D., director of Madison ENT and allergy care. “The problem is most patients and doctors are not familiar with LPR, yet it’s extremely common. In my professional experience, LPR affects approximately half of patients and needs to be treated before it becomes damaging.”

“There is an option that’s clinically proven to relieve symptoms that should absolutely be considered in place of medications or surgery for suspected LPR,” Silvers said. “The Reflux Band is the first FDA-cleared, over-the counter, wearable device that applies slight pressure on the upper esophagus to stop acid reflux from reaching the throat, voice box and lungs. It’s not uncomfortable, and the device has provided relief for hundreds of my patients.”

Bennett eventually spoke with her doctor about the over-the-counter device.

“The Reflux Band has become so important to me, and I won’t even travel without it,” she said. “I’m not afraid to go to sleep at night anymore. I know I’m safe now.”