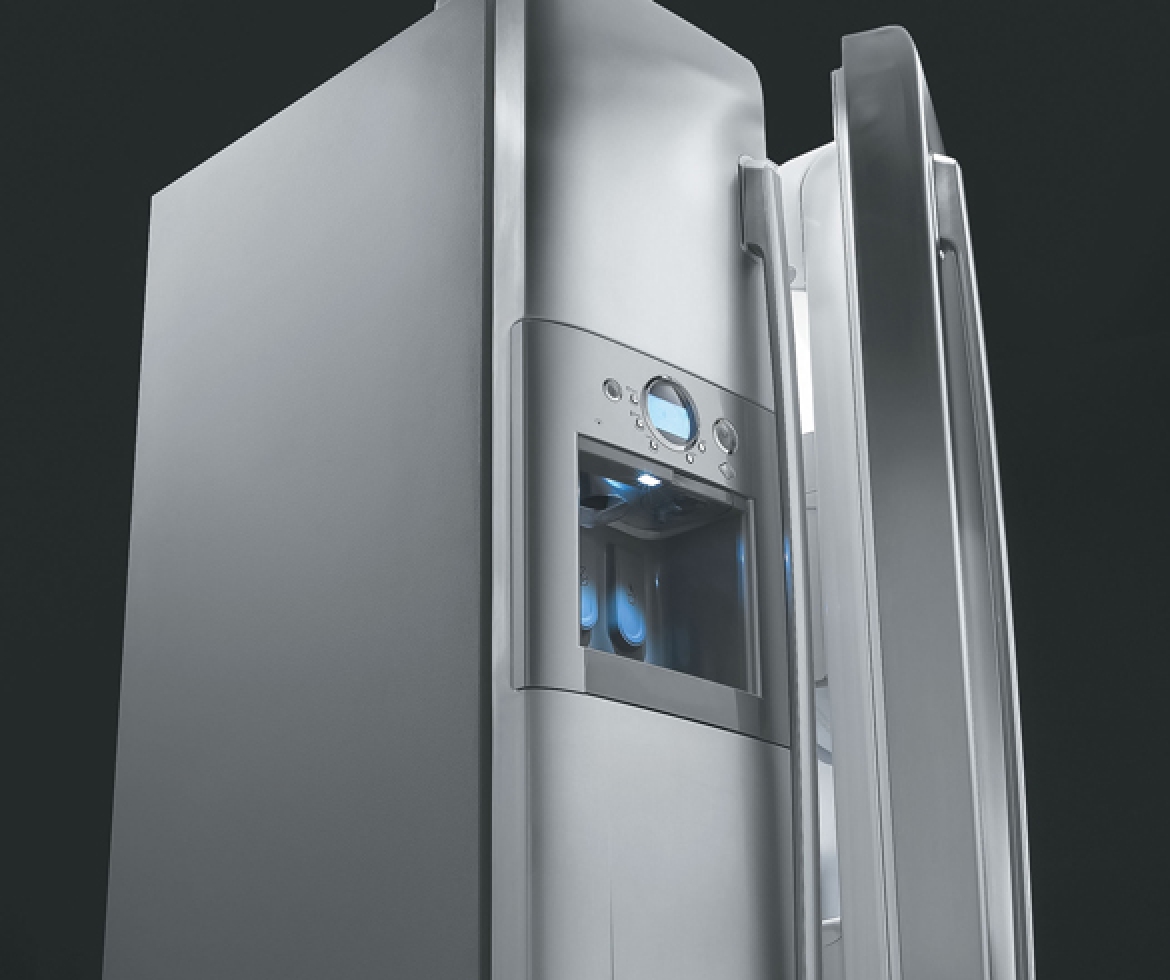 Chilling Out With Refrigerators Through the Years

(Family Features) - Today's refrigerators not only cool, freeze, keep foods fresh and safe, make ice and filter water, but they also function as impromptu art galleries, message centers and the focal point of the kitchen. The refrigerator is the hardest working - and most widely used - appliance in the kitchen. More than 99.5 percent of American households have at least one, according to the Association of Home Appliance Manufacturers. And with today's increasing focus on home style, it's no wonder homeowners want them to look good, too.

For thousands of years, keeping food cool meant keeping it on ice, so design was based on function and built around a frozen block. But in the last 50 years the refrigerator has evolved from a simple cooling box to a multi-functioning home appliance. With this evolution, the style of the refrigerator has transformed to an aesthetically appealing state-of-the-art appliance built for maximum storage.

In 1800, Maryland engineer Thomas Moore devised a simple ice box for transporting perishable farm butter, coining the term "refrigerator." This first edition was a cedar tub filled with ice and lined with rabbit fur for insulation. But while Moore's refrigerator delivered function, it lacked design appeal and had limited storage capacity.

Physics streamlined function at the turn of the century when chemical gases were compressed to remove heat from an enclosed space to keep food cold. Early refrigerators using this technology had noisy compressors mounted on a boxy cabinet with about 4 cubic feet of storage. Though these models were an improvement, function still dominated form.

The Coldspot refrigerator debuted in 1931 in the Sears catalog and stores. Shortly after, style began to take precedence when designer Raymond Loewy transformed the refrigerator from "an ill-proportioned vertical shoebox" to a salute to the spirit of progress. The sleek, redesigned Coldspot refrigerator had automotive styling with chrome latches and trim. As function met form, refrigeration began to evolve at a rapid rate. The loud noise of the compressor had softened to a comforting hum and cumbersome handles were replaced by feather-touch latches. 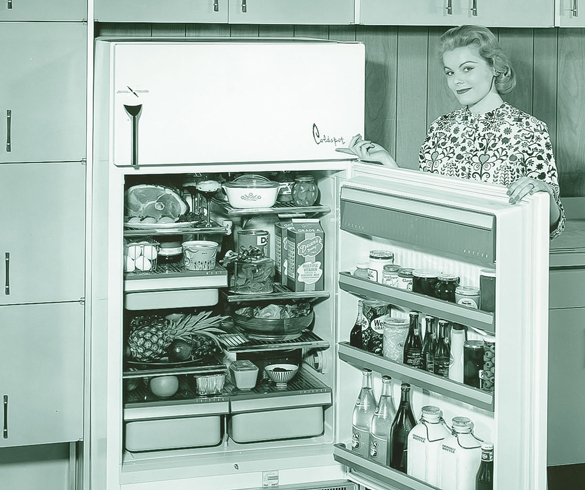 Today's refrigerators, which provide between 18 and 26 cubic feet of storage space, haven't forgotten their history - or their function. The Kenmore Elite CS refrigerator takes its name - and retro design - from the first Coldspot refrigerator. With its curved doors reminiscent of the original machines and high efficiency interior, the CS refrigerator is a modern unit that recognizes its past.

Chilling Out Through the Years

Ice Age: Natural refrigeration means everyone, and everything, is cold.

1700s: Refrigeration technology starts to heat up when Dr. William Cullen studies the evaporation of liquids in a vacuum.

1800s: Natural ice is harvested in winter and stored in icehouses.

Early 1900s: About half of all U.S. households rely on blocks of ice to keep foods cold. The first home refrigerators are made with compressors driven by belts attached to motors located in the basement. In 1918, Kelvinator introduces the first refrigerator with automatic control.

1950s and 60s: Innovations include automatic defrost and ice makers.

2000s: A typical new refrigerator with automatic defrost and a top-mounted freezer uses less than 500 kWh per year. Sears introduces a refrigerator that uses the same amount of energy as a 75-watt light bulb. 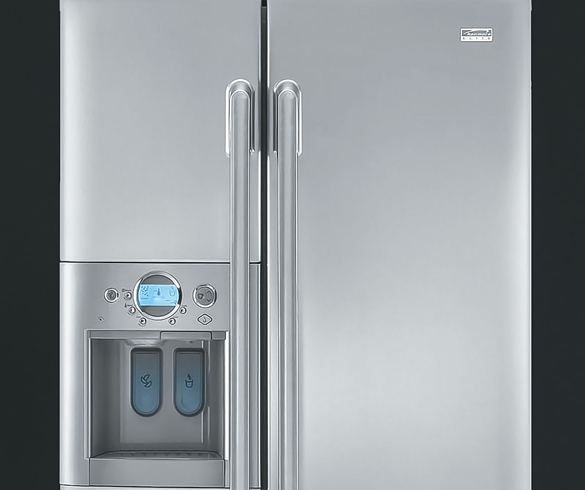 With a retro design harkening back to the Coldspot refrigerator, the modern Kenmore Elite CS refrigerator includes the following high-performance features:

For more information on the latest in refrigeration technology, visit your local Sears store or visit www.sears.com. 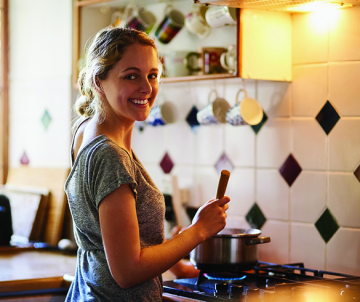 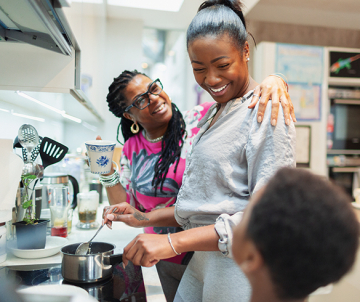 Pique Your Culinary Curiosity with These Trends 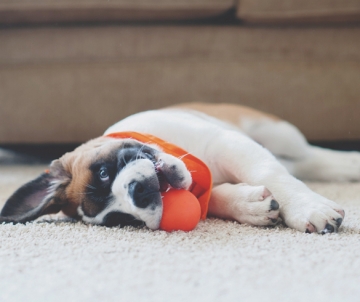 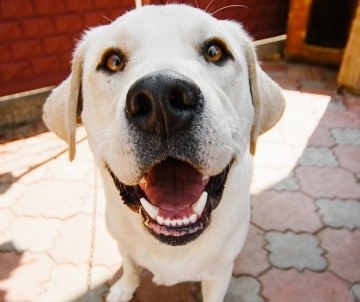 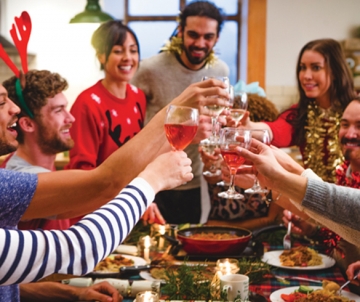 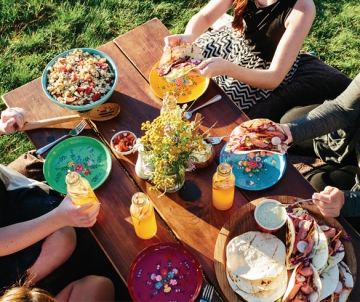